I got a Fitbit for Christmas. 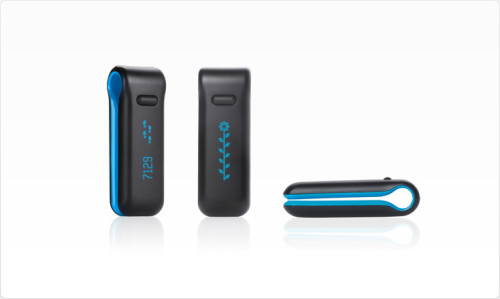 The Fitbit is just a pedometer, but it’s pretty smart about things. It doesn’t just count steps – it counts the intensity of those steps and can make some educated guesses about your activity level throughout the day. With the push of a single button you can immediately see how many calories you’ve burned on any given day.

I wasn’t particularly looking to lose weight, but once I got the Fitbit I thought I’d see what it could do.

I’m 6’2″. My body wants to be 212 lbs. I’ve spent the last few years not dieting or exercising, and my weight has always been pretty stable at 212. I’d really have to try hard if I wanted to get myself above or below 212. (For my height, 195 is the boundary between “healthy” and “overweight.”)

I told the Fitbit my height, what my goal weight was (180), and it told me how many calories I could eat each day. It also told me when I’d hit my goal weight – which turned out to be accurate within one day (!) three months in the future.

I used the free Fitbit app to track everything I ate against my allowable calories by entering all the food I ate, and I used the Fitbit itself to track how many calories I was burning each day. I wasn’t paying attention to carbs or fat or anything like that – the only thing I cared about on the food I ate was the amount of calories it contained – that’s it. Most days I was eating between 1200 and 1400 calories.

What it boiled down to is this – I never took in more calories than I burned. That’s it. Zero exercise. Exercise is for chumps.

The first week was the hardest because I was basically hungry all the time, but after a while my stomach got used to taking in less and it complained less. I just kept telling myself that the feeling of hunger was the feeling of my body burning fat. I don’t think that’s actually true, but it helped me get through it.

At first I was losing crazy weight. Like a pound a day. Pretty consistently.

As I lost more weight there would be mysterious days where I’d gain anywhere from like 0.2 to 2 pounds despite not wavering from my plan, but I chalked that up to water retention or just other random weirdness. It’s like when you own stocks – you can’t get any meaningful data out of day-to-day performance. You really need to take the long term view and consider your weight trends over the past week or two to get some idea of where you’re headed.

Anyway, I reached my goal weight of 180 and I’m still losing, albeit much more slowly, and today I’m at 177. While I still use the Fitbit to track my calories burned, I now use the free MyFitnessPal to track my food intake – it does everything the Fitbit app does, but it also lets me just scan barcodes on food I eat to log calories automatically.

You can view my complete history at Fitbit and view my food diary at MyFitnessPal too.

I never used to feel the effects of caffeine before, and now that there’s less of me I definitely do.

I also get drunk a lot faster, which rules.

I’m not sure yet if I’ll try to lose more weight or just stay where I’m at.

Eating less as a general rule has gotten easier for me, and I’ll probably keep riding this crazy train until the novelty wears off. When that happens I might just go the other direction to see what it feels like to be at 250.

1 thought on Down a few