If you’re as old as I am you’re old enough to remember waking up at 6 AM on Saturdays to watch Nickelodeon’s Mysterious Cities of Gold / Spartakus and the Sun Beneath the Sea power hour. 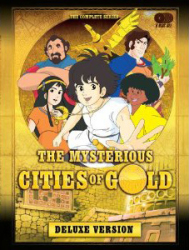 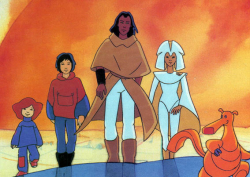 Well MCG has gotten cleaned up, special-featured, deleted-scened, and all dressed up for its DVD box set debut. It’s been 25 years since this show was last seen on TV in America.

You can buy the deluxe set at Amazon or just watch the whole thing on Hulu with commercials.

Spartakus is a little harder to track down. It was originally produced in French; the English translation that appeared on Nick has never been made commercially available. A French DVD came out in France ten years ago, but that’s been it.

A guy on YouTube has uploaded a few English episodes that he’s been able to salvage from old VHS recordings, but that’s no way to watch a classic!

UK publisher Fabulous Films has had Spartakus on its “coming soon” page for about two years, so maybe something will happen there someday.

A lot of cartoons in the 80s had such grown-up writing. I miss them. Spongebob is a far cry from Danger Mouse.