It’s no secret that I listen to weird, lousy music. My better half would argue that my taste in music is “terrible” and that my Ipod is full of things that are “painful to listen to.”

It should then come as no surprise that Italo Disco is one of my guilty pleasures. 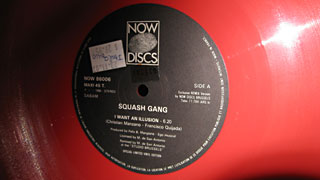 It’s not usually Italian and it’s almost never disco, so I’m not sure where that title came from. Italo Disco is basically 80s new-wave music from all over Europe, but the lyrics are in english (with thick european accents!) Wikipedia does a better job explaining it than I do, though.

I’ve listened to all of Blanco Y Negro’s gargantuan 49-disc “I Love Disco Diamonds” Italo compilation series a couple times now and I have to say that some of this garbage really puts a spring in my step and makes the day go by pretty quickly!

A lot of it is super catchy and if any of it had ever made its way to America 20 years ago I bet it would have really taken off.

Oh, and I made you a mixtape. Happy Friday!