Last night I was witness to a double homicide. In my living room.

Both my Xbox 360 and my Wii are busted. What are the odds! 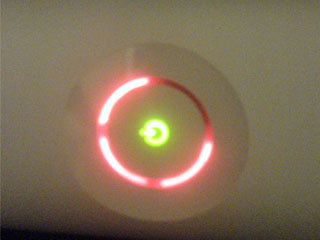 I’ve had my 360 since February of 2006 and it has otherwise performed flawlessly since then. I consider myself lucky to have gotten 26 months of service out of this thing – especially since most of my 360-owning friends have had their consoles repaired at least once. Now I just have to go through DRM hell (read the comments) to restore access to my downloadable content. 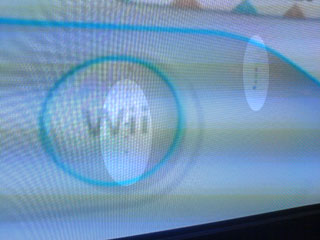 My Wii has started doing this thing where sparkly pixels just show up on top of whatever you’re playing. I suspected my component video cable was screwy so I replaced it, but that didn’t fix anything. The photo above is from the channel browser where it’s particularly noticeable. The Internet tells me this is a sign of a dying GPU, and I’m not the only one seeing it happen!

Luckily both consoles are still under warranty, so last night I called up Microsoft and Nintendo. Pre-paid shipping gear is headed my way from both companies and soon I’ll be back in business.

Now it’s a race! Who has the fastest repair center? Time will tell!